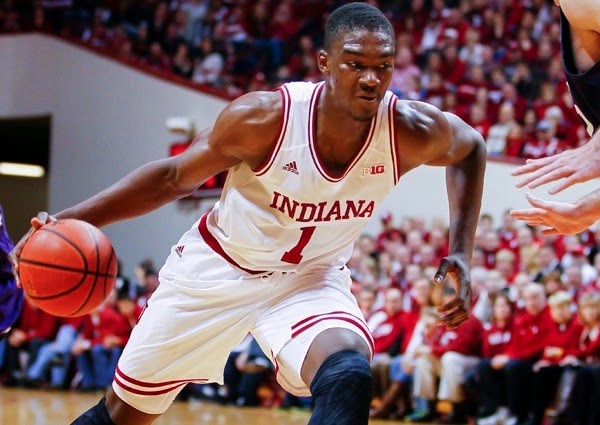 “I’m looking out on the floor,” Head Coach of Northwestern Chris Collins said. “and they got a guy who’s going to be a top 10 pick in this year’s draft.”

You’ve heard about the best freshmen in college basketball like Andrew Wiggins, Julius Randle, Tyler Ennis, Jabari Parker and Joel Embiid but I bet you probably haven’t heard about Indiana freshmen forward Noah Vonleh. Vonleh is the first freshmen from Indiana to go “one-and-done” since New Orleans Pelicans guard Eric Gordon during the 2007-2008 season. The 18-year old is expected to be a lottery pick with no significant achievements in his freshmen season. When he announced he declaration for the draft he acknowledged how his team didn’t make the tournament for the first time since 2011.
“It’s going to suck leaving college without an NCAA Tournament,” Vonleh said. “But I have to do what’s best for me.”
Just like any other freshmen that is dominant in college, he was expected to enter the 2014 NBA Draft. The 6’10” 240-pound 2013 McDonald’s All-American was hoping to follow the footsteps of last years Indiana alumni Victor Oladipo (No. 2) of the Orlando Magic and Cody Zeller (No. 4) of the Charlotte Bobcats and as recently stated he’ll most likely be a lottery selection.
“I’ve heard the fourth pick to the 12th pick is wide open,” Vonleh said. “[I think I’ll be selected] anywhere in that range.”

The Indiana Hoosiers were 17-15 this season, but a struggling team like that didn’t stop Vonleh from his performance and a reason why some scouts are high on him is because he was only part of the teams offensive possessions 22% of the time and put up decent stats. With room to improve into a possible All-Star or good role player with the he was utilized in college he would definitely be a bigger part on a NBA roster.
From his High School senior to the conclusion of his freshmen year his body has shown improvement as he went from about 210-pounds to 240, grew two inches from 6’8″ to 6’10” and now has a 7’3″ wingspan which makes him a great shot-blocker and will help him with rebounding if he can add to his aggressiveness that’ll help him in the long run. With his size and height whomever he is drafted by he will be able to play power forward along with center and be used in small lineups. 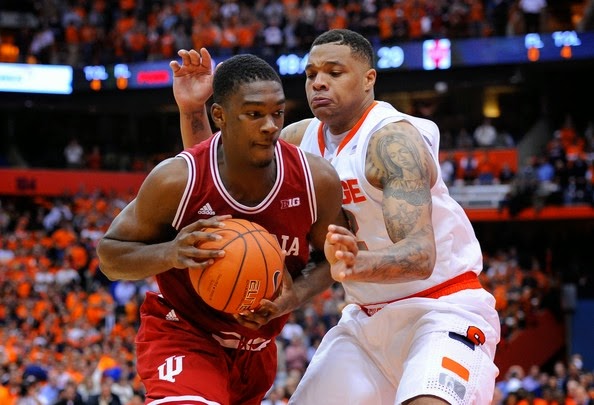 Like any other athlete he has his strengths and weaknesses, one of his major weaknesses is his size as he must bulk up, but his main strength is his rebounding ability as he averaged 9.0 per game and had 13 games with 10+ rebounds in 30 games played which also led his conference which was the Big 10. Watching Vonleh play many people have noticed that he is a hustler on the court is willing to dive for extra possessions showing that he is a team player. It’s very surprising to see a young stud like him being a team player because typically it’s unheard of at that age, he’s also known as being a well-coached athlete and that will help coaches and trainers in helping Vonleh reach if full-potential in the NBA.

Defensively he’s pretty good as his defensive win shares were 2.0 which was good enough for second in the Big 10, Defensive rating was 91.7 which ranked I’m 4th in his conference. Vonleh is good enough to get drafted into an exclusive club of 400+ but the question is, Can he stay in the league and improve? Vonleh is for certain a work in project and it should surprise anyone if he spends some time in the D-league. He needs to work on his post game and jump shot since most of his points came around the basket and rarely from outside; he has shown signs of the potential of becoming a good shooter as he was 16-33 this season from the 3-point line and in a game in which more players, teams and big-men are going behind the line, Vonleh will become useful their.
“I think I proved that I’ve got a pretty good skill set,” Vonleh said. “I can step out, shoot threes. My post game has gotten a lot better, still a work in progress. I can still improve on it. I can still improve on a lot of things in my shot, getting my release quicker, being able to push the dribble out and do different things like that, just to make myself an overall better player.”
There is doubt that Vonleh has the assets to become a solid player in the league and have a defined role, don’t expect him to be a difference make until his 3rd or 4th season as I expect he will struggle his first two. What will become interesting is if he’s taken before Kentucky freshmen power forward, Julius Randle.
“He’ll spend a lot of time in the D-League next year,” A NBA general manager said. “He’s nowhere near ready to play, but there’s no doubt he’s got great potential, along with very good character.” 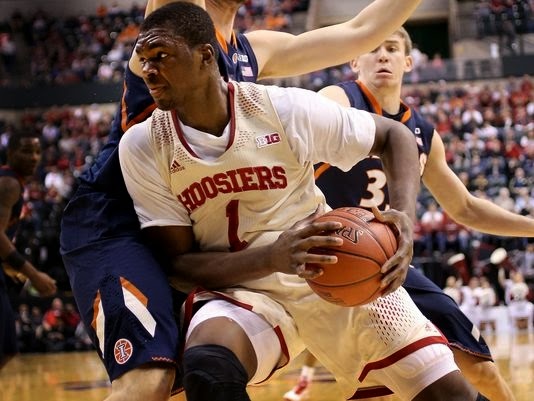