“The thing is, the national anthem means different things to different people,” Charles Barkley said. “I’m glad these guys are all unified, but if people don’t kneel, they’re not a bad person. I want to make that perfectly clear.”

There’s a lot to unpack here but in the grand scheme of things Charles Barkley is correct. A decision to stand or kneel, a decision to support Black Lives Matter or not is any individuals own decision.  Friday afternoon Orlando Magic forward/center Jonathan Issac made his decision, he took a stand and it’s a stand that some will not agree with and some that others will.

It’s been said over the years but more so now that sports and politics should not mix.  There should be no politics in sports most will say but the NBA and NBPA has made their stand, Black Lives Matter and its adorned across all NBA media at this time so when Isaac Friday decided to represent something that he deemed bigger, greater, many opinions arose good and bad.

As the game begin Friday afternoon the Orlando Magic released the following statement: 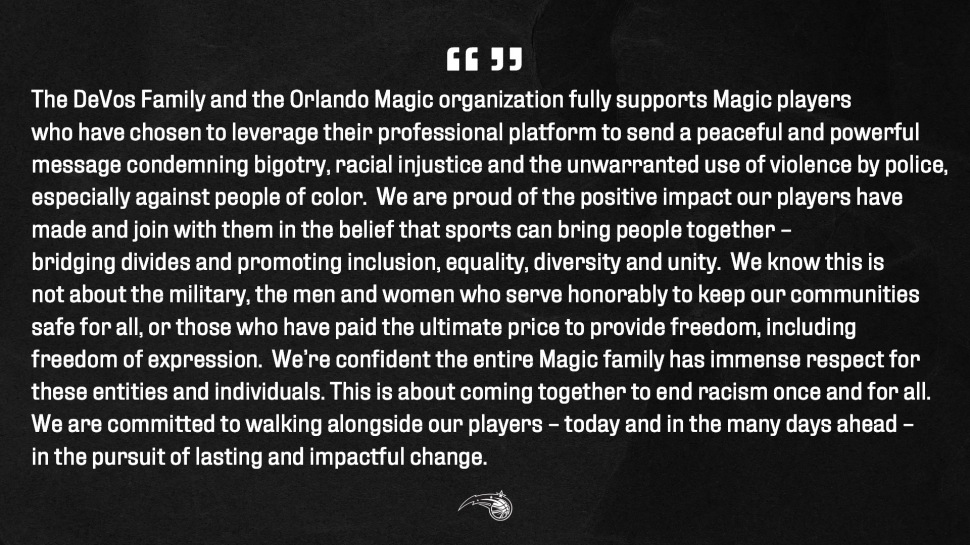