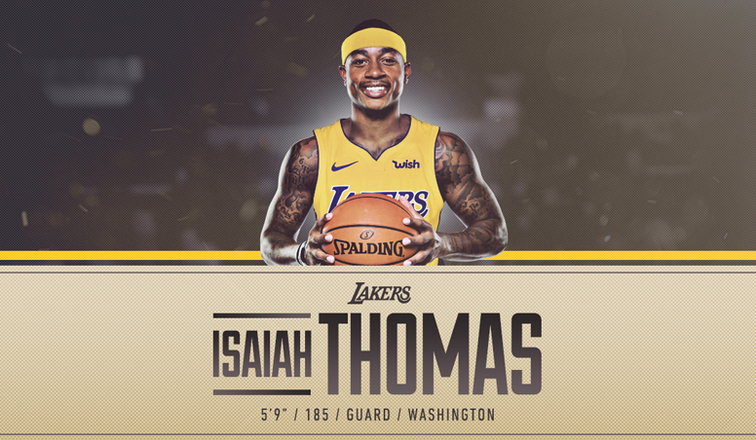 This past Thursday, the NBA held its annual trade deadline. Every year trade rumors circulate throughout the league. This year, there were no blockbuster trades; however, the Cleveland Cavaliers had an active deadline. The Cavs traded away six players in three separate deals. Their first deal involved G Isaiah Thomas.

The Cavaliers traded Isaiah Thomas, Channing Frye, and a first-round pick to the Los Angeles Lakers in exchange for Jordan Clarkson and Larry Nance Jr.

The Cavs acquired Thomas in the 2017 offseason via a trade with the Boston Celtics that saw the Cavs lose Kyrie Irving and acquire Jae Crowder, Ante Zizic and a Brooklyn Nets first first-round pick. The trade was put on hold after Thomas’s physical. His hip injury concerned the Cavaliers. Eventually, the trade was accepted, and Thomas was a Cavalier.

Thomas missed the first three months of the season and made his season debut on January 2nd against the Portland Trailblazers in which he scored 17 points in 19 minutes.

In 15 games with the Cavs Thomas averaged 14.7 points and the Cavs were 7-8 in those games.

The Cavaliers have had an up and down season and they are currently third in the Eastern Conference. The storyline of their season has been the rumored locker room issues. The issues carried onto the court, and caused the Cavaliers to be out of sync.

“He’s worked too hard to get back, and he’s a ball dominant player.” Goodwin went on to say “It’s LeBron’s ball, and this clearly wasn’t working. Koby Altman and I have had enough conversations where it was clear, with the way the system was going, it wasn’t beneficial for either party. This is a good opportunity for Isaiah.”

Isaiah Thomas’s stint in Cleveland was a short one. The Cavaliers tried, but their experiment didn’t work out. Ultimately, this trade benefits both the Cavaliers and Isaiah Thomas. Both parties can move on. Isaiah Thomas can get his legs back while being a potential go to scorer for the Lakers. The Cavaliers can finish their season on a better note. It is a win-win for all