Typically, my nights at my local gym are the same. Put on my shoes, lock my locker, and walk about 10 steps to get to the basketball court, a place where the local legends of Rochester Hills come to showcase their shooting, dribbling, profanity, and trash talk.

When I play on the adult court, I usually end up one of the later picked. I make my money as your typical three-and-D type of player. Rarely do I take the ball up the court and run the offense, despite the fact that I eat, sleep, and breathe the true point guard position, admiring players like Steve Nash and Chris Paul, two of my favorite all time players. Heck, I play pass first in NBA 2K, and when I run on MyPark, I tend to score 2 or 3 points while dishing out about 7 to 9 assists.

Well, that basketball bio you just read about me was thrown away the minute I saw and heard an NBA All Star crash the game I was playing and yell “YEAH YEAH YEAH WE OUT HERE!”.

Sure enough, that All-Star happened to be the rebounding machine himself Andre Drummond.

Now, most of my friends know that I love the game of basketball. I spend hours on hours each day watching the game, reading about the game, studying the game, practicing the game, and playing the game. So it goes to show that I nearly lost my mind upon seeing Andre.

Word got around in the gym that the Pistons’ star had shown up for some pickup games, and a crowd gathered, gawking at the size of Andre.

Our team won our game, and it was Andre’s squad up next. They walked on the court, and all of them were gigantic. As they figured out who to match up, Andre took our biggest player. Then, I looked in front of me to see my matchup. A gigantic figure nearly the size of Andre.

Sure enough, it was Pistons’ rookie Henry Ellenson. 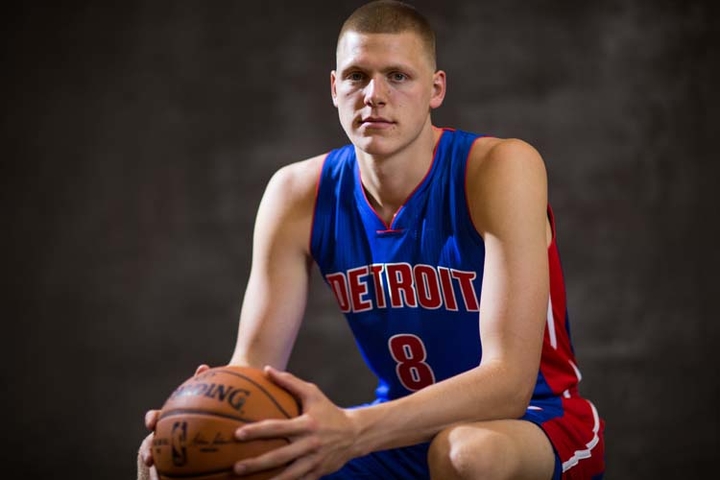 I was taken aback at first, and I was almost frightened.  The crowd that surrounded me in anticipation of the total destruction they were about to witness.

Sure enough, they mopped the floor with us. It took a couple Henry Ellenson threes, some Andre dunks, and even a stepback three in my face by Drummond himself. During the game, I hit one three, but it was a shooter’s roll.

We walked off of the court, and we were trying to strategize our next game against them.

But I was angry at myself. I wanted to shine. This was my big chance in front of the entire gym to show up a ton of NBA players.

The next team lost and we walked back on the court. Remember how I had said I was frightened? Well, fear was washed away by the pure adrenaline in my blood. I was on a mission.

The score is 3-0, Andre Drummond and his squad. I strip the ball from Andre from help-side, and I called for the ball at half court. I got the ball and drove to the basket. I pump faked Henry, only to watch my shot bounce off the glass after being blocked from behind by one of his other 6’11” friends.

On defense, I guarded Henry as best I could. I tried stripping one of his crossovers, only to miserably flail at the ball and go the other direction. I turned around only to see his ensuing three go in.

I was embarrassed, but something clicked in me. The next possession for Andre, they miss a three pointer. I grabbed the ball off of a long rebound and dribbled up.

As a kid, I used to love to imagine that I was the greatest basketball player alive. I would visualize myself playing against the past and present of the game. Michael Jordan, Magic Johnson, Chris Paul, LeBron James. Every time I shot the ball after a series of moves and missed, I would rewind the sequence and do it all over again.

This time, as I was dribbling the ball, I came to understand that there would be no rewinds, no second chances. I had the opportunity to either make a fool out of myself or look like a match for a bunch of NBA players.

I dribbled to the NBA three-point line, and without hesitation, over Henry, pulled up for three. The ball seemed destined to go in from the second I made my shot motion. The ball swished, and I felt a surge of confidence within me as the crowd reacted.

The next possession, I got the ball again, this time out on the left wing. I called for a screen on the right and drove towards it.

As I went to the screen, I saw Henry go under it. One thing I have learned from many of the great shooters in the NBA is that if someone goes under a screen and you can shoot, you have to make them pay.

I pulled up again, and drained another three. The crowd got louder and louder.

I had carried my team back to within 1 point after hitting a layup to make the score 6-5. I guarded Henry and forced a short miss. We got the ball, and I went back to my three and D instinct.

For the kids who love shooting threes, and even some of the adults, one thing you might want to know is that moving without the ball is vital to success as a shooter. I faked a backdoor cut and shook Henry and ran up to the three-point line. I stopped and popped, draining the shot.

All of my makes had gone in perfectly. No lucky bounces or anything. All swishes.

In the end, we lost the game. But I impressed Andre and Henry, enough to the point that they were trying to make sure I couldn’t get any more shots off. 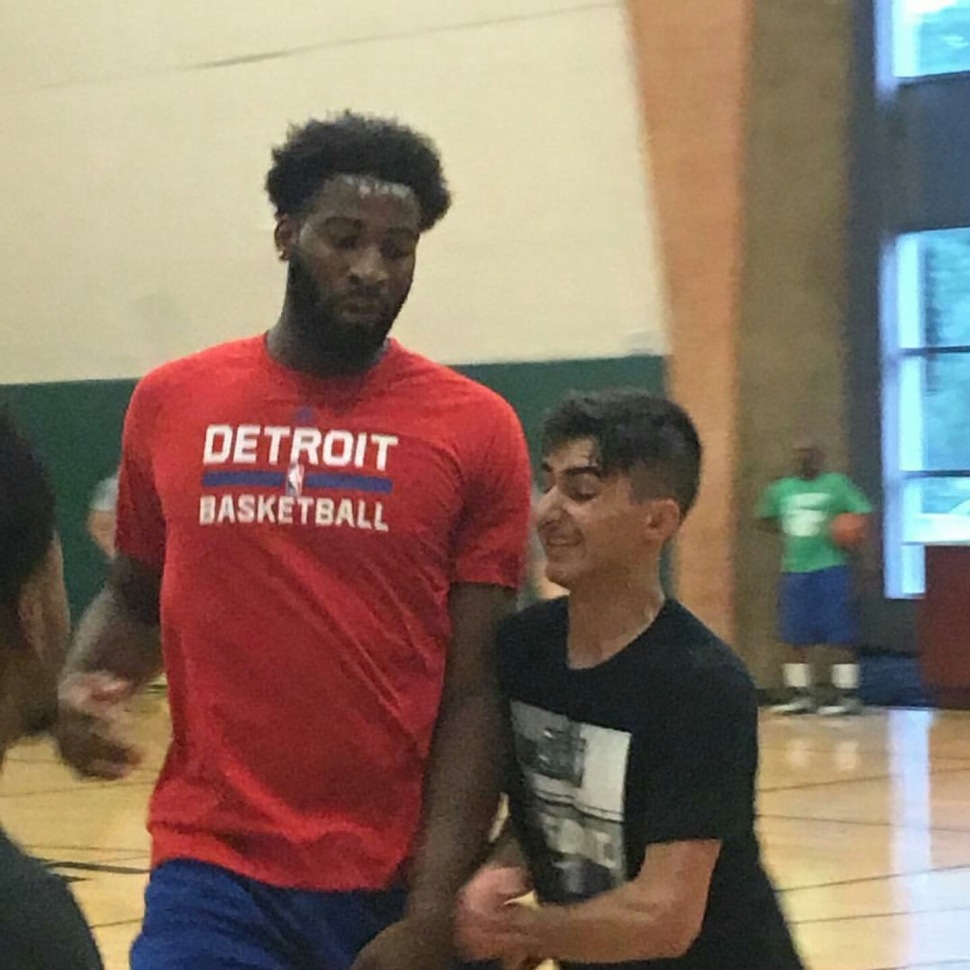