The Warriors are so good that it doesn’t even matter that their second best player is virtually non-existent. Steph has shot the lights out, and the supporting cast of Draymond Green, Harrison Barnes, and Andre Iguodala is playing so well that it doesn’t look like the Dubs will slow down anytime soon.

The Cavs, without their star Point Guard, have lost only one game this season, and you can thank Kevin Love for that. Love has proven to be much more confident this year, averaging 19.7 points and 11.7 rebounds per game through 10 games, compared to last season’s 16.7 points 10.4  rebounds through 10 games. As Love continues his play, and LeBron is LeBron, Cleveland should be fine until Kyrie is healthy, which could be as soon as December.

At the start of the season I believed the Hawks would drop off with the loss of Demarre Carroll, but they haven’t lost a step since last year. After losing their season opener Atlanta rattled off 7 straight wins until the Wolves gave them their second L of the year. The Hawks’ schedule will begin to toughen up as December approaches, so we’ll see if they’ll be able to keep up the stellar play. 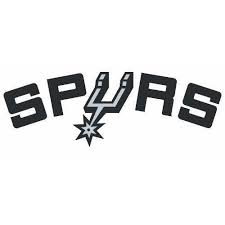 Aldridge hasn’t been the scorer he’s expected to be in San Antonio, but Kawhi Leonard has picked up his slack and then some. Kawhi has been great on both ends of the floor, averaging 21.9 points, 1.9 steals, and 1.3 blocks per game through 8 games, being a major contributor to the Spurs’ .750 win percentage.

OKC’s offense has been excellent, ranking 2nd in the league in points per game, but glaring issues on defense, and now KD’s injury put them lower than the Spurs and Hawks. We saw Westbrook play incredible basketball when Durant was injured last year, and if he plays similarly now the Thunder should cruise through KD’s absence, as their schedule begins to ease up.

The Raptors started the season off well enough, winning 5 in a row, and in convincing fashion. Toronto caught a bad break as they dropped 3 in a row, but got just what they needed to recover: a game vs the Sixers. After beating Philly, the Raptors took down the Pelicans and will now take a trip to the West-Coast, playing teams like the Clippers and Warriors, where we’ll see if the Raptors can hold up against some of the league’s best teams.

When James Harden is good, the Rockets are good. It’s as simple as that. Houston went 0-3 to start the season but as Harden heated up so did the rest of the team, and the Rockets won 4 in a row before losing 2 very winnable games to the Nuggets and Nets.

The Clippers have had multiple opportunities to make a statement so far this season, playing the Warriors, Rockets, and the Mavs, but they were unable to capitalize, and lost all three games, partially due to Chris Paul’s strained groin. LA is 3rd in points per game, but are allowing their opposition to score 105 points per game.

Rising 16 spots from my preseason rankings, the Pistons have been one of the biggest surprises in the league so far, and it’s not all thanks to Andre Drummond.  While Drummond is almost averaging a 20-20, Reggie Jackson has been a huge part of Detriot’s success, living up to his big contract and scoring efficiently, helping to lead the Pistons to a 5-3 record.

While Dwyane Wade has struggled a little early in the season (43% FG, 18.0 PPG), but its Whiteside, Bosh, and Winslow who make the Heat the 2nd most efficient defense in the league, and have lead Miami to a 6-3 record against teams like the Cavs, Rockets, Hawks, Raptors, and Jazz.

The Jazz were the trendy pick to make the playoffs in the West as 8th seed, and they’re living up to it. They have the best defense in the league, holding their opponent to 90 points per game, and 41% from the field. Utah is in the midst of an East Coast road trip, where they’ll play the Hawks and Raptors next, two of the more efficient offenses in the league.

After allowing 130 points in Charlotte,the Bulls bounced back and won 3 of their next 4 games. Hoiberg hasn’t had the best start to his rookie year as a coach, and it won’t get any easier. The Bulls play 5 of their next 6 against playoff caliber teams, 4 of them being away games.

Greg Monroe has been a mixed bag for the Bucks. His offense is clearly needed, while his weakness on defense can make him a liability. The Bucks have gone from 6th best defense in the league last season to 15th this season. Even with the return of Jabari Parker, Milwaukee is last in the league in rebounding, compared to last year’s rank of  24th.

The Grizzlies have been awful on offense this season, ranking dead last in the league. Memphis has absolutely no scoring, and unless they make a move for a shooter, it’s just going to get uglier and uglier.

John Wall has turned the ball over an average of 5 times per game, which just can’t happen if he wants to remain one of the league’s best playmakers. Bradley Beal has performed well, leading the team in scoring with 22.7 per game, and hitting a game winner against the Spurs early in the season.

Lately, PG has started at SF, and it’s paid off. The Pacers have won 6 of their last 7 games, and look to continue their success against the Bulls on Monday.

The Celtics started the season off slow, going 1-3, but had a big win last Friday against the Wizards, beating Washington by 19, and then beating the Bucks by 16. Yesterday, Boston beat the Hawks to go .500 on the season, with Isaiah Thomas leading the way for the C’s.

Through 10 games, the Knicks have played 8 playoff teams, and won 4 games, which, considering Sasha Vujacic was starting 8 of those games, is pretty decent. Melo has had trouble staying consistent from the field, but as the season progresses he’ll likely begin driving to the hoop more, rather than forcing jumpers.

This Mavs team doesn’t have the prettiest roster, but Rick Carlisle has found a way to get this team to 5-4, and won a statement game at home against the Clippers. The frontcourt of Dirk and Zaza Pachulia has worked well so far, and the up and coming Dwight Powell has exceeded expectations as well.

Orlando has proven they can be a playoff team in the East, hanging on with teams like the Thunder, Bulls, and Rockets, and beating solid teams like the Raptors and Jazz. If Oladipo can emerge as a more efficient scorer, and Fournier continues to shoot well, the Magic could end up sneaking into the playoffs come the end of the season.

The Suns are one of the faster teams in the league, lead by Bledsoe, but at times it seems like all Phoenix has is Bledsoe. Chandler and Knight are going to have to help out more on offense if the Suns are going to be able to win consistently this season.

The Trail Blazers surprised a lot of people when they won 3 of their first 5 games of the season despite losing four of their starters in the offseason. Lillard and McCollum came out firing, but Portland cooled down eventually, losing 4 games in a row.

You wouldn’t have thought this T-Wolves team would be playing entertaining basketball already, as their young guys develop in their first few years in the league, but Minnesota has been pretty fun to watch so far, pulling out two big wins against the Bulls and Hawks, and going back and forth with the Pacers on Friday.

Charlotte dropped their first 3 of the season, but were able to win 4 of their next 6, including at 25 point blowout of the Bulls. The Hornets’ schedule will ease up starting Sunday, as they’ll play the Blazers, Knicks, Nets, Sixers, and the Kings, where they should get some wins before playing the Wizards, Cavs, and Warriors.

It might be time to worry. The Pelicans are 1-9, and have the worst defense in the league. To make it worse, their schedule just gets more difficult. New Orleans will play two beatable teams in the Knicks and the Nuggets before going up against 10 playoff teams in 12 games.

Gallinari has been one of the few bright spots for Denver early in the season, playing consistently and increasing his value as a trade piece. Danilo has been shooting well enough from three (34%), and scoring well (17.9 PPG), and it will be interesting to see if he keeps up his play through to the trade deadline.

You know you’re pretty bad when you get challenged by the Nets at home. This happened Friday when the Kings barely pulled out a win against the Nets to get their 3rd win of the season. The Kings have the 28th ranked defense in the league, and will have it challenged even more as they continue their East Coast trip.

The Lakers are now 1-8, they just keep losing, and it doesn’t look like it’s going to get any better. Byron Scott is quite possibly the worst coach in the league, and LA doesn’t have an easy matchup any time soon, 7 of their next 10 games will be against teams that made the playoffs last year.

They can’t stop losing, they don’t have any draft picks, and Andrea Bargnani is on the roster. I don’t know how much worse it could get for the Nets at this point.