The wait is almost over.

The 70th NBA season is almost here, and before you tune in to Cavs VS Bulls, take a look at Hardwood’s first edition of 2015-16 Power Rankings.

Last year’s Warriors’ team was historic, posting the 6th best regular season record in history, and taking down LeBron’s Cavs in the Finals. In the off-season, they re-signed F Draymond Green, and cleared up cap space by trading David Lee to the Celtics. Last season, Steph cemented himself as the best point in the league, and Klay Thompson was runner-up for Most Improved Player. For the Dubs, the sky’s the limit, and you can expect them to make another deep run this season.

The Cavs had a bumpy start last season, but when the chemistry improved, Cleveland was an elite team. After re-signing everyone and his mother, and adding depth in Mo Williams, it looks as if the East will be a two-tier conference: The Cavs, and everyone else.

After adding LaMarcus Aldridge and David West, the Spurs are poised to make yet another run at a championship. Their top 9 is outstanding, but if Duncan’s age finally catches up with him, and Ginobili and TP sputter out, there could be some problems in terms of depth.

Kevin Durant’s health is everything for OKC. If he’s healthy, they could easily make it out of the west and be in position to win it all. However, if KD or Russ goes down again, they’ll be stuck in the same position they were in last year, contending for the playoffs.

The Clips dodged a bullet this off-season, convincing DeAndre Jordan to re-sign after he verbally agreed to join the Mavericks. They also added Lance Stephenson, and Paul Pierce, both of which could either end up being key role players, or a liability. LAC had the 3rd best record in the West last year, but with the Spurs and Thunder improved and healthy, they could struggle to maintain a spot in the top 3 this season.

The Rockets finally brought in a ball handler this off-season when they traded for Ty Lawson. With someone to handle the ball and make plays on the team, Harden should be able to focus mainly on scoring, and limit his turnovers. If Howard can hold his own in the paint, and Lawson can distribute the ball well enough this season, Houston could be a sleeper to sneak out of the West.

After placing 1st in the East last season, the Hawks entered a make or break free agency, with the opportunity of losing 2 starters to free agency. They were able to re-sign PF Paul Millsap, but lost SF Demarre Carroll to the Raptors, leaving their Small Forward spot weak. Atlanta was able to acquire SG Tim Hardaway Jr., and C Tiago Splitter, leaving them with similar roster talent as last year, and with a good shot to make it back to the Conference Finals.

Memphis made some under-the-radar moves this off-season that could keep them an elite team in the West, acquiring Matt Barnes and Brandan Wright, two tough players that will fit right in with the Grizzlies’ gritty style of play. If Memphis can make some more moves and get some shooters, they could be a top 3 team in the West, but as of now, I have them behind 5 other Western Conference teams based mainly on their lack of shooting.

As of now, I have the Pelicans over teams like the Wizards and Bulls because even though their roster is a bit banged up, I’m assuming Anthony Davis will progress greatly this year, and that Jrue Holiday will be able to stay mostly healthy. If they do, New Orleans could go as high as 6th seed, which, considering how deep the West is, could require +55 wins

It’s safe to assume that with Fred Hoiberg running the show the Bulls’ starters will be rested, and their offense will be more efficient, but if injuries to Rose and Noah persist, Chicago won’t be able to get past LeBron in their nearly inevitable playoffs matchup.

The Wizards could have the second best backcourt in the league, with John Wall already an elite Point Guard, and Bradley Beal poised to have a breakout year. If they can continue their brand of small ball that was successful in the playoffs, they could be a top-3 team in the East, considering how weak the conference is.

After improving their record by 26 wins last season, the Bucks enter this season with last year’s 2nd overall pick Jabari Parker healthy, and Greg Monroe added to the team, meaning they’ll be able to score more consistently without sacrificing too much defense. Milwaukee’s Point Guard position could be a source of trouble this season though, with MCW not looking to have improved his shooting, and Greivis Vasquez not quite consistent enough to earn big minutes.

The Heat can be such a special team this year if their bench performs well, and if they can keep Wade rested for playoff time. Dragic has adjusted well to the Heat playbook, Chris Bosh is finally healthy, and Justise Winslow will be learning from the best. If Gerald Green can continue his hot-streak from preseason (48% from Three), and Amar’e can put up somewhat decent numbers, the Heat can easily reach the Conference Finals and even challenge the Cavs for a spot in the Finals.

After playing such stingy defense following the All-Star break and looking like a new team, the Jazz enter this season as the trendy pick for 8th seed in the Western Conference. With Rudy Gobert looking like a favorite for DPOY, and Gordon Hayward playing well off his max contract, Utah could very well sneak into the playoff picture, all the while establishing a solid core for the future.

With both Kyle Lowry and DeMar DeRozan on contract years, the Raptors will have to put a big season together. They’ve added Demarre Carroll, improving a previously weak Small Forward position. This roster looks good enough to not only put up a solid record, as former Raptors teams have, but also do something in the playoffs. Keep in mind the Toronto Raptors franchise has won only one playoff series in history. With Lowry slimmed down and Carroll added to the team, this year’s Raptors look like they belong in the playoffs. 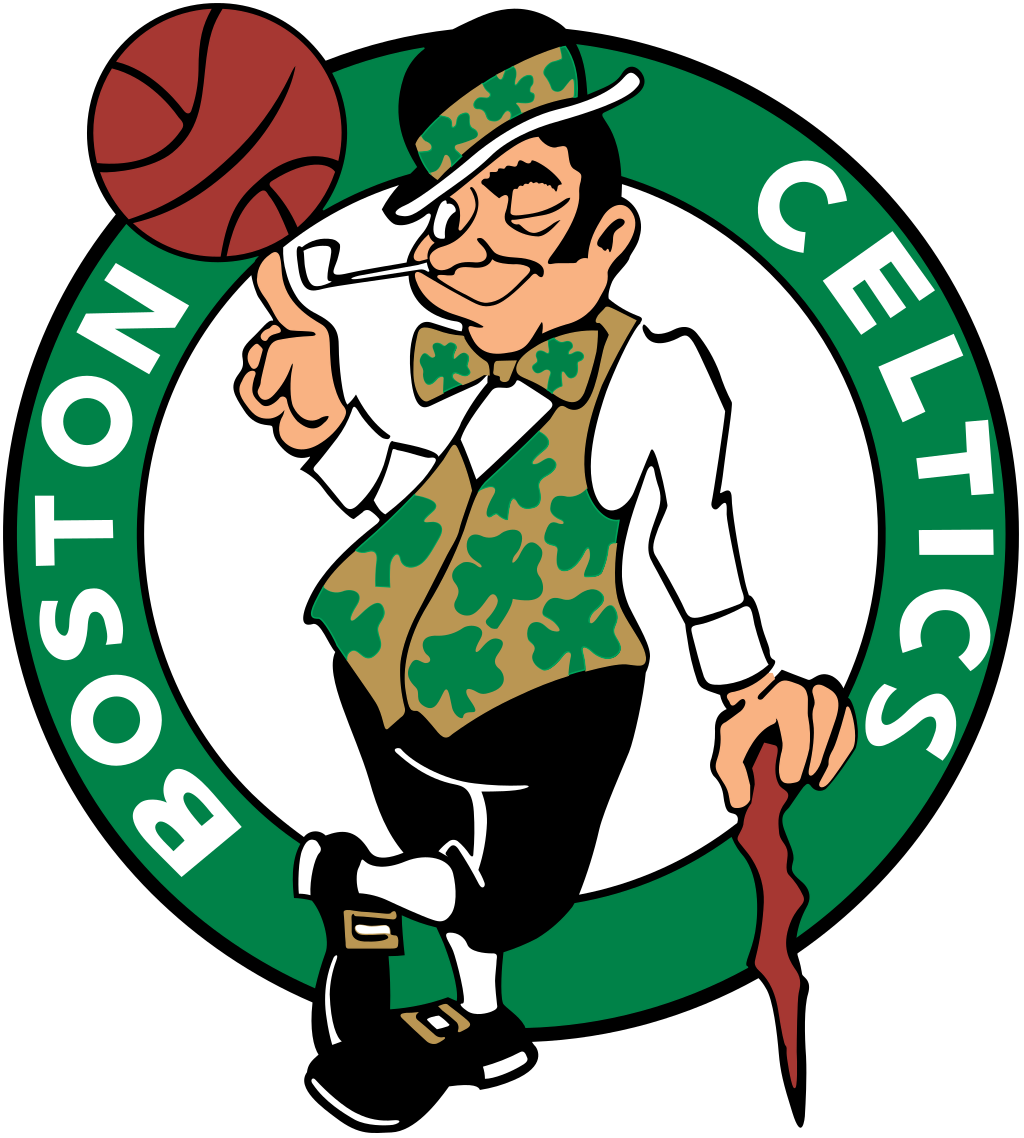 The Celtics performed way above their expectations last season, making the playoffs as 7th seed. Boston didn’t make much improvement this off-season, but with Marcus Smart and Coach Stevens better adjusted to the NBA, Boston can only get better.

The Suns added Tyson Chandler in free agency, making them one of the better defensive teams in the league, with Bledsoe and Tucker already on the roster, but with the West packed to the brim with talent, it’s hard to see them doing much in 2016.

The Pacers had a solid off-season, adding Monta Ellis and Myles Turner, and completing their collection of all the ‘Hills’ in the league. With PG healthy and already looking like he has a shot at MVP, expect Indiana to contend for a playoff spot this season.

After their nightmare off-season, the Mavs enter the season looking to maintain their 14-year streak of having a winning record, but it doesn’t look promising. The Mavs finished their preseason 0-7, and will tip-off the 2015-16 season without 4 players who started for them last year.

Some people have the Kings as an 8th seed in this West this year. I’m not willing to go there, but I see this year as an important season for progression for DeMarcus and the Kings.

The Magic enter this season with what seems like the whole team under 25 years old, but hey, it’s the East. With Harris, back on a huge contract, Oladipo the scorer he is, and  Vucevic the glass-eater he is, the Magic could slip in to the playoffs as 8th seed.

It’s hard to see a team that won less than 20 games last season become a playoff team in only one year, but the Knicks could pull it off. Carmelo is finally healthy, and actually has NBA players surrounding him. Plus, Charles Barkley guaranteed a Knicks playoff birth, so it’s safe to say you can mark them down for the postseason.

The Pistons come into the 2015-16 season after losing Greg Monroe, but with Drummond having progressed a season more, and SVG better adjusted to the organization, the Pistons are another borderline playoff team in the East.

Charlotte had a great preseason, going 7-1, but will it translate to the regular season? The Hornets improved their roster in the off-season, adding a few role players, but I have trouble convincing myself it’s enough to cross the line into the postseason.

You’ve gotta feel for the Lakers. It could be Kobe’s last season, and the roster is decent enough. The only problem is, they’re in the West. Lou Williams and Roy Hibbert are solid pickups, but they’re just not enough to make the Lakers serious contenders for 8th seed.

The T-Wolves have such a bright future, and so much potential, but now is not the time. Expect something around 20-wins for Minnie as they prepare to eat the league alive in a few years.

The Nets made one of the worst decisions in recent memory when they traded 3 first rounders for Paul Pierce, Kevin Garnett, and Jason Terry just a few years ago. They absolutely had to win it all in that season or the next… and they didn’t. Now the Nets face a bleak 2015-16 season with no lottery picks in the near future, and a miserable roster.

The Nuggets’ main focus this season will likely be handling their young players’ progression, and clearing up cap. They’re not coming close to the playoffs this season, not in the Western Conference.

The Blazers, like the Mavs, lost 4 starters to free agency in the off-season. Luckily for the Blazers though, Damian Lillard signed an extension, and will stay in Portland for at least 5 more years. For now, the Blazers will have to wait, and believe in the rebuild.

Sorry Philly, I just don’t see the Sixers doing anything this season. They’re favored in only 4 games this year, which is extreme, but somewhat understandable.