The NBA lost an extremely important member of its family as Hall of Famer Moses Malone died at the too young age of 60 in Norfolk, Virginia.  Many words will be written on this terrible tragedy.  There will be many looks at his career.  The facts are easy enough to find:  Three time MVP, NBA Champion, over 25,000 career points and over 16,000 career rebounds.  Malone was one of the best offensive rebounders ever and a tireless worker.

While it was important to say all of the above, I want to take a look at Moses Malone the person.  When I was much younger I was fortunate enough to work for the Houston Rockets, first as a salesperson then a scouting intern.  I knew Calvin Murphy previously and really got to know Elvin Hayes, but did not get much face time with Malone early on.  Moses wasn’t much of a talker but most people said when he had something to say everybody paid attention.  Some felt Moses wasn’t a very nice person because he didn’t say much, but the opposite was true. 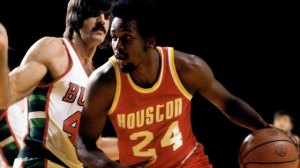 The more I got to spend time around Moses the more his personality came out.   He had a great sense of humor and never felt put out when asked anything.  Whether I asked him about the game, rebounding technique or his opponents he was always accommodating.  When I brought children around to meet him, Moses’ eyes lit up.  He made time for everyone, especially children, and was a joy to be around.  He made the kids feel good and made sure they walked away from any interaction with the feeling of a positive experience.

While I will remember Moses Malone the player, as he was special – Talented, relentless and always gave his all – every night, I will also remember and really miss Moses the person.  The NBA lost one of its best family members.  Rest in Peace, old friend.  You will be missed by all.