Skip to content
If you are a Chicago Bulls fan, you need to take the good news with the bits of bad news.  And, Chicago does need some good news. Taj Gibson, the versatile forward is practicing with the team and is hopeful to return to action soon, according to media reports out of Chicago. 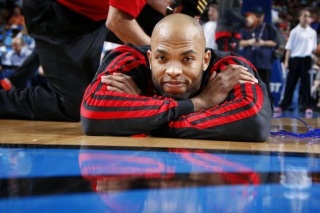 Joakim Noah has a 32 minute restriction placed on his playing time and this will impact the team. However, if Gibson is healthy enough to play, the impact won’t be as great.

The Bulls have been stretched like an un-inflated balloon. Jimmy Butler is still out with a hyper-extended left elbow and Derrick Rose may not see action until the end of the season. The question is, what kind of season will it be, with the Bulls losing 5 out of 6 games?

So far in this recent stretch, the Bulls victory in the waning moments vs. OKC at home was a highlight. In that game, E’twaun Moore made the big 3 point basket. Tony Snell had the hot hand. However, one can’t expect these players to do their Derrick Rose impersonation night after night.

Starting forward Mike Dunleavy, who himself has missed weeks of the schedule with a bad ankle, is back but has not been a consistent scorer.  One game he scored 21 points. Lately, it’s been in the single digits. The Bulls need offense and you can’t look to Pau Gasol, who is averaging a double-double at 18.4 points per game and 12.1 rebounds per game, to score every night.

Can someone lure MJ out of retirement?  He’d have to get League permission because he owns the Charlotte Hornets.