Skip to content
It is possibly the worst news that could come from a Chicago Bulls story:  Derrick Rose, is to have surgery on the meniscus muscle on his right knee.  This knee had surgery before. In the past few days, it must have been determined that something was wrong with his knee.  An MRI on the knee revealed a tear.  Surgery is the best practice to repair any damage.

What this means is that is it is likely that Rose will miss the remainder of the NBA season.  With his loss, the Bulls run at a title, however skewed it was, is for all intents, over.

There is shock, sadness, and disbelief in Chicago. The Bulls were a good team, that hopefully could have turned it on, and found a way to compete, for a title. Now, that seems unlikely.  Rose even when he wasn’t playing well, was the glue that held the team together. He recently had a bad game against the Bucks, where he went 1-13 from the floor. Perhaps that was due to his damaged knee.

The Bulls are deep and that’s the reason they were questions to how the coaching staff was to going accommodate everyone. There was so many combinations of guys coming off the court, that it remained to be seen if they could be a threat come playoff time. The one player they needed the most was Rose. Coach Tom Thibobeau spoke in optimistic terms about him.

“He had great rhythm before the break, he’ll get right back into it.”

That is not going to happen this season. 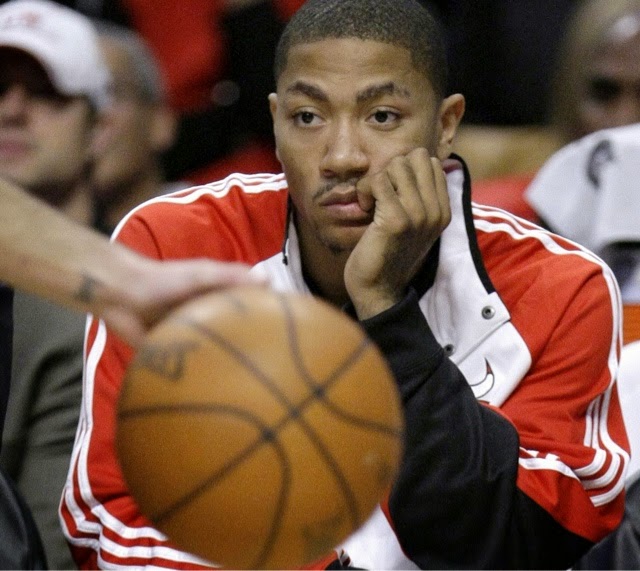