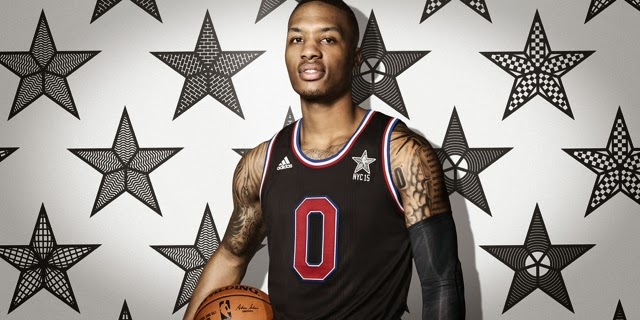 Being excluded from certain games and events happens to everyone. Being overlooked by major college programs happens to a few. Being clutch, having a winning record, getting your name in MVP talk, and having the best season of your professional career in the same year only happens to less than one percent of the population. But being snubbed from Team USA and the NBA All-Star game, coupled with the aforementioned statements, only happens to the one and only Mr. Damian Lillard.

Lillard being omitted from Team USA isn’t a huge deal, because he wasn’t the only one not chosen to get on the plane to Spain. He was part of the final cuts, along with Kyle Korver, Gordon Hayward and Chandler Parsons. What hurt him the most was being a final cut from a team you don’t really envision being apart of as a youngster, which would obviously be a hard blow, but Lillard used another obstacle as motivation for this upcoming season with the Portland Trail Blazers.
Being cut from Team USA  fueled Lillard, because through the first half of the 2014-15 NBA season, he is having the best year of his young career. The third-year guard currently has averages of 21.6 points (career-high), 4.7 rebounds (career-high), 6.3 assists and 1.5 steals (career-high). Lillard isn’t putting up those stats on a bad team, as his Blazers are fourth in the Western Conference with a 35-17 record. It also doesn’t hurt that Lillard has played in 216 consecutive games since being drafted, which means he has yet to miss a game. Great stats, successful team, and tremendous health, along with being a great citizen of the NBA should equal an All-Star selection, right?
Lillard had to have all the confidence in the world, and had to wake up on January 29, 2015, as an optimist; the Portland sun was shining and he was positive. As time went by that day, and we got closer and closer to the official announcements of the All Star Teams reserves, Marc Stein of ESPN, and Adrian Wojnarowski of Yahoo Sports began to unveil the fortunate players to be selected to the mid-season classic. Many names were unveiled, except Lillard, and that was a head scratcher.
Knowing the basketball side of twitter, they most likely patrolled the Internet like Batman does Gotham City, in order to find any credible sources to confirm that Lillard was heading to New York: none were found. What left hope for social media was that Stein and Wojnarowski didn’t release the  roster in its entirety, which also left optimism for Lillard himself.
The only person left to truly confirm or deny Lillard’s All-Star spot was Ernie Johnson of TNT’s “Inside The NBA.” There was a legion of pressure and expectation for Johnson so say his name, as all eyes were on him like he was 2Pac. As EJ went through the names, seven players were named, and zero of them were Lillard.
Akin to how Kanye West believed Beyoncé was snubbed from winning Album of the Year at the 57th Grammy Awards by Beck, the basketball community highly believed Lillard was snubbed from an All-Star selection. Lillard, being the Oakland native he is, took the snub as being “disrespectful”, and felt like the NBA took his kindness for his weakness; it was like the league was talking to trash him and he was FourFiveSeconds from wildin’. But what we all know by now, is that Lillard take things like this personal, and it will only ramp up his motivation: from his small high school, to playing at a mid-major program in Weber State.
Lillard should have made it outright over possibly Chris Paul and Russell Westbrook, but mainly Kevin Durant. Yea, I understand he’s the reigning MVP of the NBA, and sports entertainment is at its in finest with his lanky way of scoring the basketball. But Durant’s Oklahoma City Thunder team is out of the playoff race, and Durant has missed more games than played, and should not been selected over Lillard.
The Internet exploded with Lillard not being named an All-Star. You know what this reminded me of? When WWE fans became irate due to superstar Daniel Bryan not winning the 2015 Royal Rumble thus failing to go on to headline the biggest event in wrestling: Wrestle Mania. Both Lillard and Bryan share the same mold, as they are small guys with great talents in their professions, but have been overlooked most of their lives. Both guys are fan favorites, and when both men were snubbed from the biggest event in their sport, the Internet spoke up.
The message was clearly sent and Lillard was expected to become an injury replacement for Lakers guard Kobe Bryant, but he was snubbed again for DeMarcus Cousins. But Justice was served, as Lillard became Plan C for the NBA, as he was named an injury replacement for Clippers forward Blake Griffin.
Obviously with Lillard, his peers and supporters speaking out, it became evident that he was a snub and needed to be in the game. What the NBA learned from this, is that they may need to extend the All-Star game roster, but that’s another story for another day. 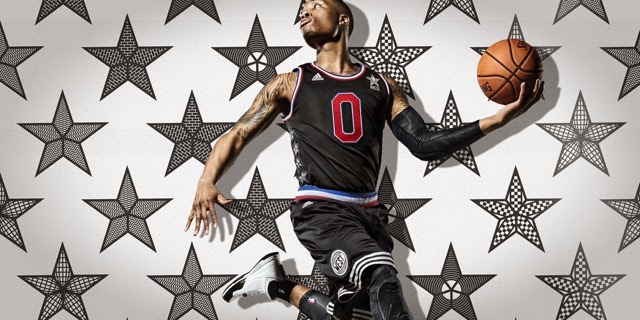