Skip to content
Now the NBA season starts in earnest. Ten teams played on Christmas Day in five games. The Chicago Bulls hosted the Los Angeles Lakers, who played without Kobe Bryant, who sat out this game. Coach Byran Scott sat Kobe due to “general soreness.”  Judging form Byrant’s expression on the bench, he would have rather been on the court.

But the Lakers put up a good fight for 3 quarters.  They showed quickness, speed, and worked hard.
LA (9-20), recently defeated the Golden State Warriors and served notice that they can play too.

Then it was 4th quarter time and the Bulls held LA to 16 points, while scoring 30 and routed the Lakers, 113-93. Five Bulls’ players scored in double figures led by Pau Gasol who had 23 points, 13 boards….an outstanding game.  Jimmy Butler added 21 points, and Derrick Rose scored 20, some on nice longer shots. 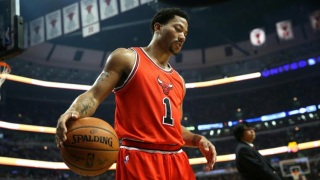 Chris Webber, TNT analyst at the game, said of Rose, “He’s back.”

That could be debatable in some circles.  He certainly is playing better. Rose himself said, “Watch me in 2 months.”

Aaron Brooks who had 13 points makes this team more versatile. He is quick, fearless, and can hit the trey. Nikola Mirotic, is also showing his skills. He can move without the ball, and is an excellent passer.  His European game is starting to flourish.

Charles Barkley, former NBA great and now TNT analyst said of Rose, “He doesn’t have to do it all.”
With the talent on the Bulls, he doesn’t. Just stay healthy.