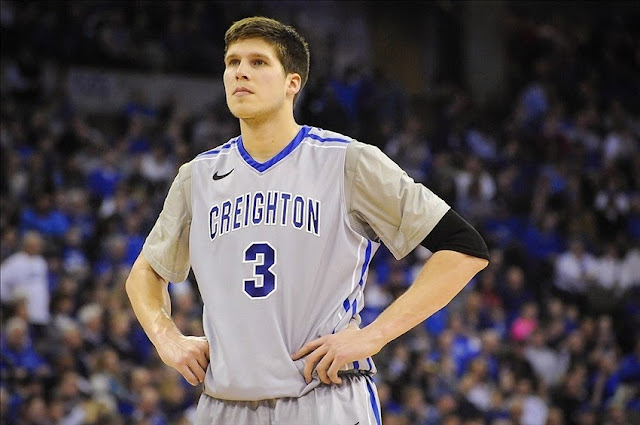 “I think he’s as complete a player, and I do not use that term loosely, as complete a player with size as I’ve ever seen,” said Villanova coach Jay Wright. “6-foot-8, 6-foot-9, there’s nothing he can’t do. He can take you off the dribble, he’s tough as hell guarding, he rebounds, he moves without the ball, he seals. He’s the best post player we’ve played against, and he’s the best perimeter player and maybe one of the best passers.”

When Creighton moved from the Missouri Valley Conference (MVC) to the Big East it was a bigger platform for Doug McDermott to put his skills on display against better competition, more scouts and more notoriety. Over the past four years, McDermott has become one of the best college players of All-Time for his outstanding accomplishments at a small school in Omaha, Nebraska with less than 8,000 students enrolled.  Twenty years from now when his pro playing days are over he will be inducted into the National Collegiate Basketball Hall of Fame.
McDermott has won numerous awards including Naismith Award (2014), John R. Wooden Award (2014), 3× Consensus first team All-American (2012–2014), 2× Lute Olson Award (2012, 2014), Big East Player of the Year (2014), 2× MVC Player of the Year (2012–2013), First team All-Big East (2014), 3× first team All-MVC (2011–2013), MVC Freshman of the Year (2011), 2× MVC Tournament MVP (2012–2013), 2× MVC Tournament champion (2012–2013) and NCAA scoring champion (2014).
Last season McDermott considered forgoing his senior year for the 2013 NBA Draft but like Oklahoma State guard Marcus Smart he would go on to stay in school for another season with hopes of increasing his draft stock and he did just that from a second-round pick to a probable lottery pick. Creighton alum and Atlanta Hawks guard Kyle Korver had discussions with McDermott last season and gave him advice on entering the draft in which McDermott took to heart and helped him decide to stay.
“I’m not buying into the fact that I had to go this year because the draft was considered weaker,” McDermott said. He (Korver) told me that I’m going to have to beat out guys whether I’m a first-rounder or I wind up going in the second round.”
“[The 2014 draft] looks stronger at the top 15 to 18 picks, but after that it’s about the same,” McDermott said. “But that’s probably not going to be my range this year or next year, anyway. That helped me.”
“Dougie McBuckets” is 6’8″ 225 and played power forward in college and it’s pretty clear that he will be playing small forward in the NBA. McDermott is professional scorer as he increased his scoring each season and a change in conference showed that he could still score against any school. His career at Creighton was filled with school records as he is the schools All-Time leading scorer with 3,150 points, 3rd in rebounds and one of few players to earn First team All-American honors three times.
“We know he can shoot, but I think he can post up in the NBA as well,” said an NBA assistant general manager. “He uses that Dirk [Nowitzki] one-foot fadeaway and has good length to get it off.”
“Shooters can be successful in our league,” A assistant GM said. “And this kid can really shoot. He’s probably the safest pick out there.”
McDermott could be experimented as a “tweener” but that experiment most likely won’t last long as he is just a scorer with nothing more valuable to a NBA organization; he isn’t burly enough to play power forward and isn’t quick enough to play small forward. Defensively he will be a huge liability with his lack of speed and very low defensive numbers for a guy that averaged 31.6 minutes per game for his career with averages of 0.2 steals and 0.1 blocks. McDermott is just a offensive minded player and defense is foreign to him as he had defensive rating (DRtg) of 103.4 as a career average but had a career-high 106 average in the Big East. 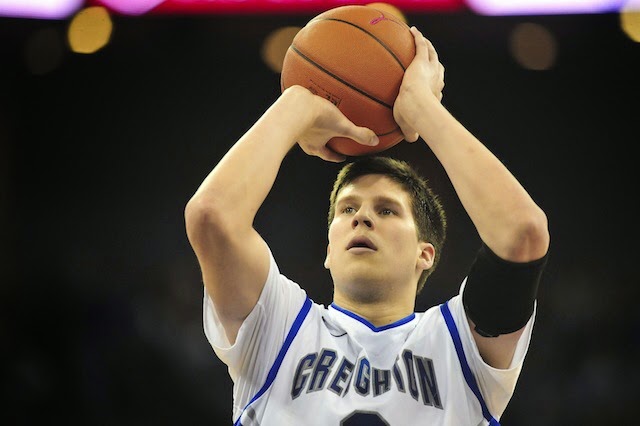 The strengths for McDermott are two skills which translate very well to the NBA and this is his shooting ability (spot-up, catch-and-shoot) along with his rebounding and that’s about it.  He does lack a desired level of athleticism and his lack of defensive skills will hinder him and negate General Managers from drafting him, as scouts are also worried about him. In order for McDermott to get away with being a horrible defender he’ll need to be part of a team with a great defensive scheme that helps players with defensive incapability’s.

“He might wind up in the lottery but is more around early-to-mid 20s for me,” one scout said. “He has more of a floor game than [Kyle] Korver and is better on D but isn’t worth lottery money in my eyes”
“Size-wise, you would think he would have to be an [NBA] three-man,” Stan Van Gundy said. I don’t know who he is going to be able to guard in the NBA. I don’t know if he can guard three’s or fours. He’ll certainly be an NBA player and a good one, but his ceiling could be a back-up type guy.”
McDermott has great weaknesses with likable strengths and he is more likely to be selected in the middle of the lottery but it wouldn’t be a surliest if he slipped out of it and became a player selected in the 20s. He will most likely struggle in the early stages of his career like other great scorers from college basketball to the NBA i.e Jimmer Fredette & J.J. Redick and be a role player and averages between 10-15 points per game. Don’t expect GMs to also pay much attention to McDermott at the combine in May as he will most likely be judged on his college career than what he does in a few drills.
You have to be a real good player to receive some acknowledgment from NBA players and Doug McDermott had done just that as he was one of two college basketball players in attendance for the Team USA mini-camp during the summer of 2013.
“He was obviously a very skilled player,” Golden State Warriors forward Harrison Barnes said. “And his growth at Creighton really shows the type of development he will continue to have. There’s always a place for a shooter, he can make shots with the best of them.”
“He’s a confident player. He’s a confident shooter, a confident scorer,” New Orleans Pelicans forward Ryan Anderson said. “I think a college guy can come in here and be intimidated, but he wasn’t. He accepted the challenge. I’m excited to see what happens to him and where he goes.”
“He can shoot the sh*t out of the basketball,” Detroit Pistons center Andre Drummond said in 2013 with Team USA. “It’s incredible. I was surprised he didn’t come out for the draft this year, but he’s going to make a lot of money the way he shoots.”
“He’s going to be a great shooter in this league,” Golden State Warriors guard Klay Thompson said. 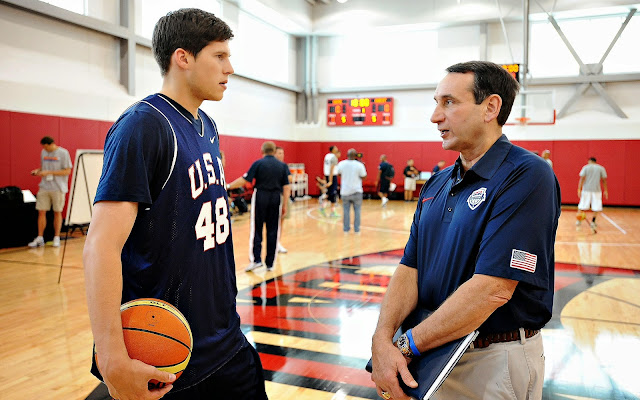