With Day 2 of the playoffs coming to the forefront it has plenty of questions waiting to be asked? Are we due for more upsets or will things take a more predictable turn? Surely the Charlotte Bobcats would be hoping to keep the odd trend going with their match-up against the two time defending NBA Champion Miami Heat.  Charlotte is 0-15 against the champs in the “Big 3” era averaging 95.5 ppg this season against the 2 seed in the Eastern Conference. As most know Lebron James scored a personal season high against the future Hornets with 61 points on 22 of 33 from the field along with 7 rebounds and 5 assists during a game in March.

A key match up to keep an eye on is Chris Bosh and Big Al Jefferson. If the Cats have a chance of stealing a game let alone the series they WILL need a breakout performance from their key big man. Jefferson has been a 20-10 man all season which was a solid foundation to build around which allowed the franchise to ascend from bottom dwellers to a playoff team in the weak Eastern Conference. Other key performances will be needed from Point Guard on the rise Kemba Walker. Since entering the league, Walker has averaged 16.0 ppg with 5.5 assist and 3.7 rebounds. This season has seen a slight increase with +1 in each category leading the team in assists and steals with 1.2 per game.

The Bobcats have not won a playoff game in its ten year history due to getting swept by the then relevant Orlando Magic. In the shortened season of 2011-2012 the Bobcats posted an all time NBA worst with a winning percentage of .106 however they did not hold the record for most losses. The Bobcats have had six different head coaches in its ten year history but the latest coaching acquisition of Steve Clifford has seemingly resulted in being a smart hire. Since taking over in April of 2013 Charlotte has gone 43-39 which is oddly the best winning percentage among the head coaches in Charlotte. Plenty tend to think that the Heat will have the brooms ready for this series but don’t be surprised to see the Cats steal a game. In order for that to be a possibility the Cats will have to play through Big Al and hope they can stretch the defense or else the Heat will be able to suffocate Jefferson in the post. They will also have to do what they have been doing all season which is defend. They are 4th in the NBA in points allowed with 97.1.

The Cats are however playing with sense of pride this season and will not make it easy for the champs who are coming of off highly questionable losses to the Washington Wizards and Philadelphia 76ers as the regular season came to an end. Did they want this match-up and thus so rested LBJ and Bosh while giving wade limited minutes? Did they see something in Atlanta that the Indiana Pacers hadn’t? There’s many stones left unturned as many eyes will be on the match-up this afternoon as a quest for a three-peat begins. Mia takes the series 4-1 and despite the eventual series loss to the defending champs, Charlotte will rise again and this time it will be in the form of a hive of Hornets. 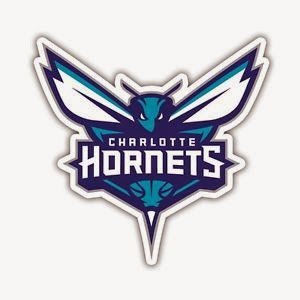